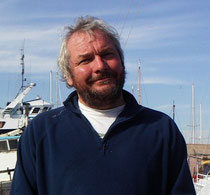 Over the past 30 years Peter has worked as a lecturer in Theatre Studies and Communication Skills, and as a Theatre Workshop director in schools, colleges and the community. He is a musician and performer, and has written various musical theatre pieces for young people, including ‘Ossie and the Thwartz’, which is published by Chester Music. His song ‘Juggins Lugger’ won the WWF folk song competition in 1991.

He has been researching Gaia Theory and its implications for the past 30 years, working closely with James Lovelock, Dr Michael Whitfield, former Director of the Marine Biology Association of Great Britain, and Dr Tim Lenton, Professor of Earth System Science at Exeter University.

Recent Posts by this Author